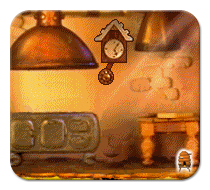 Our last practice with CAOS took a look at the default script for dropping a carrot. We’re nearly to the end of the scripts for the default Creatures 1 carrot! Today, our CAOS analysis takes us into the realm of timer scripts. These scripts define what happens when a timer is reached for an object. Recall that from the carrot’s drop script, one line read tick 200. Each time 200 ticks passes, the timer script will execute. In other words, the carrot timer script goes off about every 20 seconds for each carrot. Timer scripts can be used for a number of different functions, but in our example, it controls the carrot growth cycle. It’s the reason why the game knows how to grow carrot seedlings!

The recent release of the updated C1 carrot included a number of small fixes, one of which was in the timer script. The original script contains a couple of flaws, as we’ll see in a moment. However, this is a very important CAOS lesson, as it contains a rough blueprint for a food item with a growth cycle. Nothing else in Creatures 1 has multiple growth stages… Although I will spoil a little surprise and say that something is in the works to improve another food source! Take a few moments to go through this annotated bit of CAOS and get an idea of what a timer script does. Hurry: The clock is ticking!

As before, I know this is the right script because it corresponds with the class number for the carrot (2 6 3), and is for the timer script (script number 9). Feel free to ask if you’d like more details about figuring this out!

Breaking Down the Script Even More

There are a whole lot of commands to achieve a fairly simple result: All carrot seedlings will advance to the next growth stage, while still being visible. Full-grown carrots can be picked up by everyone. That’s it! It may seem overly complicated, yet there are only a couple of unnecessary lines included in the original C1 carrot’s timer script. Soon, I’ll go through some of the CAOS in my updated version to explain what’s been fixed or added, and why. Some have stated that having too many scripts in a world can create the floating egg glitch. The timer script on carrots was pretty much always active, without any value. Perhaps the updates will cut back on those instances! Join me again when we look at the final script for the carrot, and then move onto more CAOS practice!